Many vague arguments and controversies over Rosa’s ideology have always been misunderstood by the people who have not studied Lenin or Luxemburg seriously. Moreover, they took China, Vietnam, … and the Soviet Union who turned themselves into party dictatorships as a model for us, present-day socialists to go with. Capitalists and Opportunists are using the shadow of our past to haunt us and let us live with that “glorious moment,”  and forget about what is happening today which is totally very dangerous to our working people. To understand or learn about socialism, or in order to understand the mass movement, one must understand what is “Democratic Centralism” and perceive their critical thinking and ask whether it is a socialist country when its government does not come from the working class? 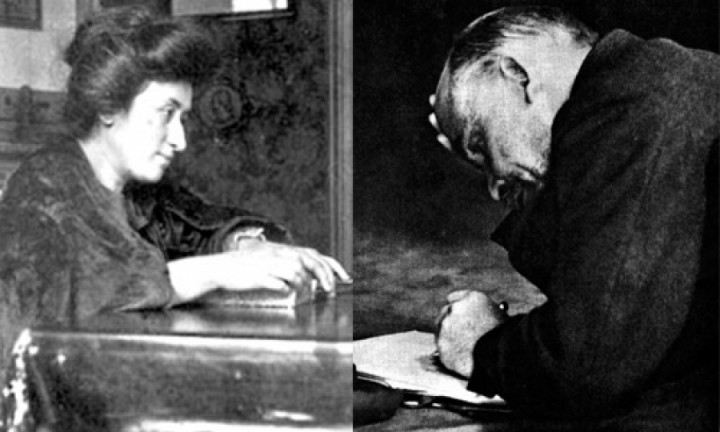 Vladimir Lenin on the problem of democratic centralization was criticized by Rosa in an article: “Organizational Questions of the Russian Social Democracy” (or criticism of Lenin’s view of democratic centralism). Rosa’s critical view of Lenin’s idea of “democratic centralism” actually parallels other socialist thinkers such as Trotsky, in trying to warn of the danger of dictatorship (which, according to them, is necessary) by implementing this model in the style of Lenin (which was in fact proved in the time of Stalin).

“But the Constituent Assembly and the suffrage law do not exhaust the matter. We did not consider above the destruction of the most important democratic guarantees of a healthy public life and of the political activity of the laboring masses: freedom of the press, the rights of association and assembly, which have been outlawed for all opponents of the Soviet regime.” – Russian Revolution, Rosa Luxemburg

In other words, Rosa Luxemburg has never criticized or denied how to organize a Party organization along the lines of democratic centralism, in the sense of concentrating power and promoting democracy within the Party. In contrast, Rosa focused her criticism on bringing that model of democratic centralism into a political Party but placing that Party in the position of a centralized central organization. In that centralized context, democracy will turn into formal democracy, democracy will turn into a puppet of dictatorship – which is born from a lack of democracy. In other words, by destroying democracy, centralization will develop into its tyranny.

In Rosa’s view, democracy must be guaranteed first, and centralization plays a perfecting role for that democracy. Only then will democracy and centralism be best promoted both independently as well as together. (How to do it, we will show later). That is, according to Rosa, democratic centralism must be central democracy.

Never, for a single moment, did Rosa criticize and deny the democratic centralism in the organization of the Workers’ and the working class’s political party, but only criticized the way it was implemented, how to bring the Party into association with the centralized state organization with a way of operating associated with the bureaucracy and administration of the state (‘bureaucracy’ is that class of people who derive their power by holding administrative offices).

It is necessary to look back at one point that, during Marx’s time, he severely criticized the view of a “wise” organization that had the right to stand above the masses, one-sidedly leading the socialist revolution without education. The mass group grew up with the revolutionary movement. We can immediately mention Marx’s tireless battle against the Bruno Bauer-style “elite” in 1845 in the “Holy Family” or the case of Marx against Weitling from the early years of the Communist movement in 1845 – 1847

“People are deceived if they are made to rise up without placing revolutionary activity on solid foundations. The awakening of illusory hopes does not bring liberation but only despair for those who suffer. To speak of workers, especially Germans, without specific scientific and theoretical ideas, is to turn propaganda into an empty, meaningless game between a zealous leader and gaping donkeys, they listen but do not understand anything”.- The Holy Family, Karl Marx & Friedrich Engels.

That is to say, from Marx’s point of view, the Revolution must be carried out in the sense that it must spontaneously break out according to the ripe maturity of the working class – the direct offspring of the capitalist mode of production, not its members. As a social consequence of capitalist society. It must be a revolution of the Working Class with a sense of its historical mission. That revolution was not forced. 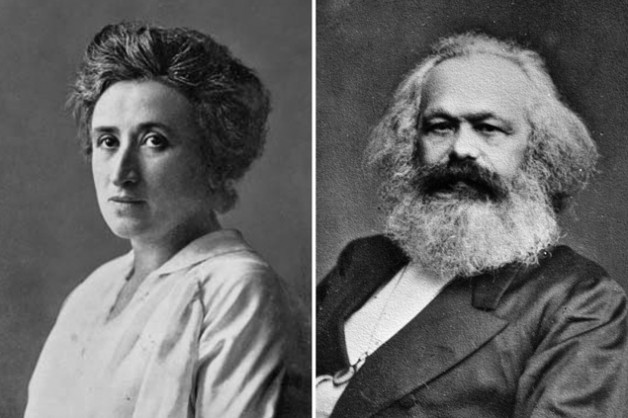 “Freedom only for the supporters of the government, only for the members of one party – however numerous they may be – is no freedom at all. Freedom is always and exclusively freedom for the one who thinks differently. Not because of any fanatical concept of “justice” but because all that is instructive, wholesome and purifying in political freedom depends on this essential characteristic, and its effectiveness vanishes when “freedom” becomes a special privilege.       – Russian Revolution, Rosa Luxemburg

That is, Rosa did not oppose Lenin in the war with Julius Martov in the internal division of the Russian Social Democratic Workers Party.

That is, Rosa did not oppose Lenin’s view when he said that “The centralized regime in the Party is aimed at opposing the views of the opportunists and at the same time to overcome the situation of small groups, fragmentation, manual work, local departments of party organizations.”

That is, Rosa did not oppose Lenin’s view that: “The party must have a unified program and charter outlined by the congress. The whole party must strictly abide by the party’s platform, charter, and resolutions.”

That is, Rosa did not oppose Lenin’s view when he said: “The party must have a unified leadership body, the whole party submits to the leadership of the central committee, party members must voluntarily submit to the organization and discipline. party law, subordinates submit to superiors, minorities obey the majority, individuals submit to organizations.”

In fact, in Russia at that time, Lenin demanded in the party to have a strict centralized system, with strict discipline, without which the party could turn into a quarrel club, losing everything. fighting power. Rosa was never against it.

Rosa did only one thing in opposing Lenin and that was against turning the centralization (democracy) in the organization of the Party into the way of organizing a revolutionary (state) government. Simply because its consequences will lead to dictatorship, destroying democracy, which is the basic vitality of the Communists.

“When all this is eliminated, what really remains? In place of the representative bodies created by general, popular elections, Lenin and Trotsky have laid down the soviets as the only true representation of political life in the land as a whole, life in the soviets must also become more and more crippled. Without general elections, without unrestricted freedom of press and assembly, without a free struggle of opinion, life dies out in every public institution, becomes a mere semblance of life, in which only the bureaucracy remains as the active element. Public life gradually falls asleep, a few dozen party leaders of inexhaustible energy and boundless experience direct and rule. Among them, in reality only a dozen outstanding heads do the leading and an elite of the working class is invited from time to time to meetings where they are to applaud the speeches of the leaders, and to approve proposed resolutions unanimously – at bottom, then, a clique affair – a dictatorship, to be sure, not the dictatorship of the proletariat but only the dictatorship of a handful of politicians, that is a dictatorship in the bourgeois sense, in the sense of the rule of the Jacobin” – Russian Revolution, Rosa Luxemburg

Summarizing, Rosa argues that the Party must side with the working masses and educate them, not as the central body of a state government as the institution of economic development. As in 1918, Rosa Luxemburg wrote a handwritten letter to Lenin, which included the passage:

“The dictatorial party and the dictatorial State you set up, you say it serves the workers and the people; but in reality, it serves no one, because it goes against the basic principles of socialism, which is respect for freedom and democracy.”

“Public control is indispensably necessary. Otherwise the exchange of experiences remains only with the closed circle of the officials of the new regime. Corruption becomes inevitable. (Lenin’s words, Bulletin No.29) Socialism in life demands a complete spiritual transformation in the masses degraded by centuries of bourgeois rule. Social instincts in place of egotistical ones, mass initiative in place of inertia, idealism which conquers all suffering, etc., etc. No one knows this better, describes it more penetratingly; repeats it more stubbornly than Lenin. But he is completely mistaken in the means he employs. Decree, dictatorial force of the factory overseer, draconian penalties, rule by terror – all these things are but palliatives. The only way to a rebirth is the school of public life itself, the most unlimited, the broadest democracy and public opinion. It is rule by terror which demoralizes. ”-  Russian Revolution, Rosa Luxemburg

We are entering the period of the industrial revolution. Exploitation is increasing, the rich are getting richer, the poor are getting poorer. The protests, the echoes, and the blood of the innocent have spread around the world.  To expand and continue the “Class Struggle”, it is necessary to break down all the absurdities and ambiguities about “socialism” and clarify Democratic Centralism, which will benefit the working class, to the outraged masses and exploited people, and not to any individual partisan force.